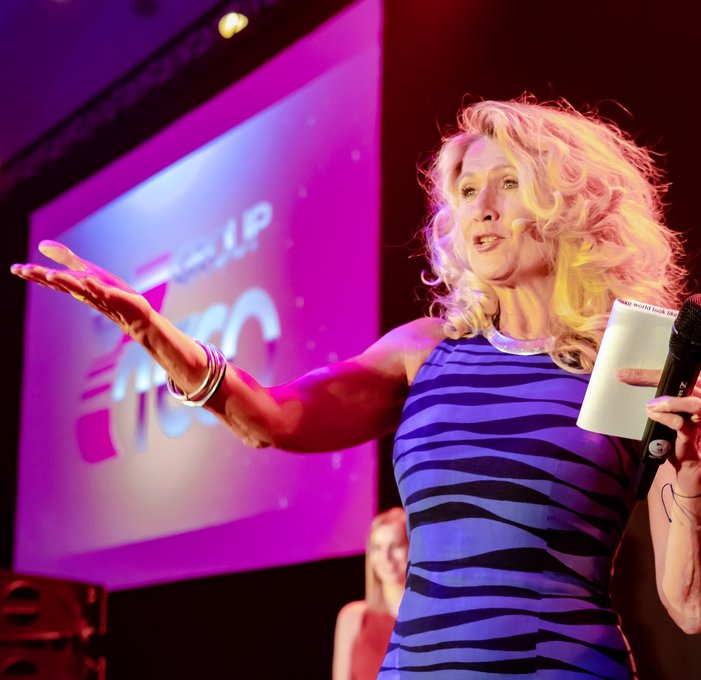 Anne is a multilingual event host based near Brussels, Belgium.

Since the 1990's she is one of the leading Event hosts in Europe.

With her language skills, she can switch easily between multiple languages: Dutch, her mothertongue, French, English and Spanish.

Anne stepped into the spotlight after being elected Miss Belgium 1989.

That same year she started working as a TV announcer with the Flemish commercial TV network VTM.

She presented more than 15 popular TV shows and hosted ‘Tien om te Zien’ for 18 years, the music program with the highest viewer ratings in Belgium.  In 2022 this music program is back on Prime Time after popular demand!

Anne has become a much sought after host for events with renowned companies, both in Belgium and abroad.

Anne is famous for her communicative insight and her talent to present complicated matters in a simple way. Her true interest in the company and its products she presents, as well as her profound preparation are the most important ingredients of her success.

So what are you waiting for?

Based near Brussels, Belgium